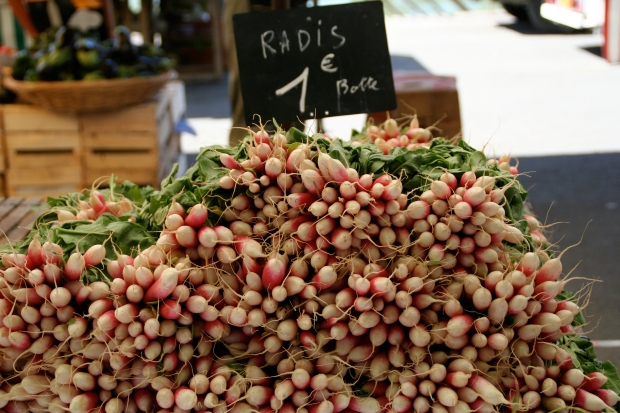 THANK YOU, Mark Bittman and Winnie Abramson, for making me feel so…normal.  A media double whammy — yesterday’s Winnie Abramson article “Why Paleo Didn’t Work for Me” and today’s Mark Bittman’s splash about his new “Flexitarian” column in The New York Times — have validated that plain, simple real food is enough of a dietary compass.  Somehow these articles have given me the courage to say goodbye to the complex I have about hating paleo — and any other sort of restriction, for that matter.

Shortly after I started this blog in December, I wrote a post about The Real Food Diet — which has been my foundational way of living and approaching food for years.  Then, after months of being knee deep in health + wellness reading, I began to question whether this simple framework was enough.  We are bombarded with information about sugar killing us, meat making us lean, meat giving us heart attacks, carbs making us cranky, etc.  Or as Mark Bittman put it in his column this morning, “And so a spectrum informs the contemporary diet: on one end is thoughtlessness; on the other, neurosis. One extreme is Morgan Spurlock’s orgy of fast food; the other is something like an ascetic diet of raw vegetables.  The first of these is not recommended. The second is almost equally extreme, almost impossible to achieve and of questionable value.”

My own self-doubt about whether my “real food” approach was good enough coincided with meeting someone who had recently finished the Whole30, a strict paleo “re-set” involving ridding your diet of all grain, sugar, legumes, dairy, and alcohol for 30 days.  He was evangelizing its impact — stable moods, boosted athletic performance, zero cravings, feeling pure and euphoric and younger and better than ever before — and he was so convincing that I bought it hook, line and sinker.  I ordered the book (which I quite liked because it doesn’t frame paleo as a diet (I’m super anti-diet), but it frames it as a way of life), got Sean on board, stocked our kitchen with coconut oil and nuts and a rainbow of fruits and vegetables, and committed to 30 days.

And the 20-something days we stuck to it (before going back to the dark side of hummus and oatmeal and wine) were…fine.  Not terrible.  Not amazing.  Not all that different actually.  Just really, really, really boring.  And annoying.  And a pain in the neck as a parent (I didn’t think it was fair to make my kids avoid dairy and grains too, so I was cooking multiple meals for dinner).  The Whole30 did re-set a few things for us: we don’t need to have a glass of wine every night with dinner, a day is complete without chocolate, always reach for veggies first and often.  And while those takeaways were important, we could have easily gotten there with plain old common sense, rather than some rigid “eat a lentil and you’ll ruin it all” plan.

Here’s the thing — I totally agree with these paleo advocates that refined, processed food isn’t good for you (obviously).  And I don’t think sugar does our bodies any favors (obviously).  But I don’t agree with limitations…I prefer choices.  I don’t want food to make me neurotic…I want it to bring nourishment and joy.  I don’t want to be the person at the dinner party who can’t eat anything being served…I want to eat from one big communal plate in the middle of the table.  I want to eat the same things as my kids.  I want to think about loved ones and dreams and ideas while I’m preparing and cooking my food…not whether my dinner is compliant.

If you want to eat paleo or vegan or fruititarian or in the zone or whatever the latest fad is, good for you.  But I have officially come full circle to thea place where I began — whole, real food.  Food that doesn’t come wrapped in plastic and doesn’t contain too many ingredients my grandmother wouldn’t have understood.  Food that I can enjoy with my whole family…with people from every corner of the globe.  Food that nourishes my body and my soul.  Like Mark Bittman, I’m standing proud as a flexitarian.

What works for you?  How do you make sure your food is fueling you rather than zapping you of energy?  And if you have kids, do you think about their food and your food the same way?

From: Eat
← In the Swimming Pool
20 Things Wellfesto Has Taught Me About Blogging →
7 Comments Post a comment

Start With The Core